7 Things You Should Stop Flushing Down Your Toilet 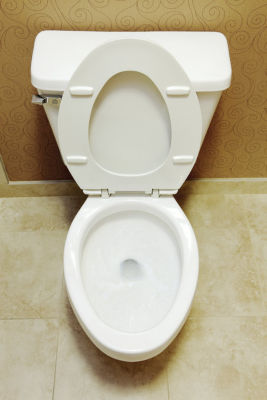 Don’t want to deal with an embarrassing toilet clog? Then stop flushing these items down your porcelain throne.

Flushable wipes, like Scott Naturals, are marketed as “septic safe” or “breaks up after flushing.”

Bandages are made of non-biodegradable plastic, which won’t dissolve in the toilet. Just throw them in the trash. Simple as that.

Just because it’s part of your body doesn’t mean it should go down the toilet. While a little hair won’t hurt, large clumps will.

Hair does not dissolve in water and can clump up with other gunk in your drain to clog the pipe.

Floss is non-biodegradable and can get caught in the trap, at the gasket or in the piping. Not only can all the floss tangle together, eventually becoming a giant ball of string, the floss can catch other materials, causing a clog.

These feminine hygiene products are designed to absorb moisture and expand—enough to clog the pipes.

Instead of flushing them down the toilet, wrap them up in toilet paper and throw them in the trash.

Think about what cotton does: It absorbs water and expands. AKA: The last thing you want to flush down is your toilet.

How many commercials have you seen about paper towels that don’t break up easily when wiping up a mess or are advertised as ”more absorbent than other brands”?

Not breaking down in water and being highly absorbent—these 2 factors can cause paper towels to clog your plumbing.